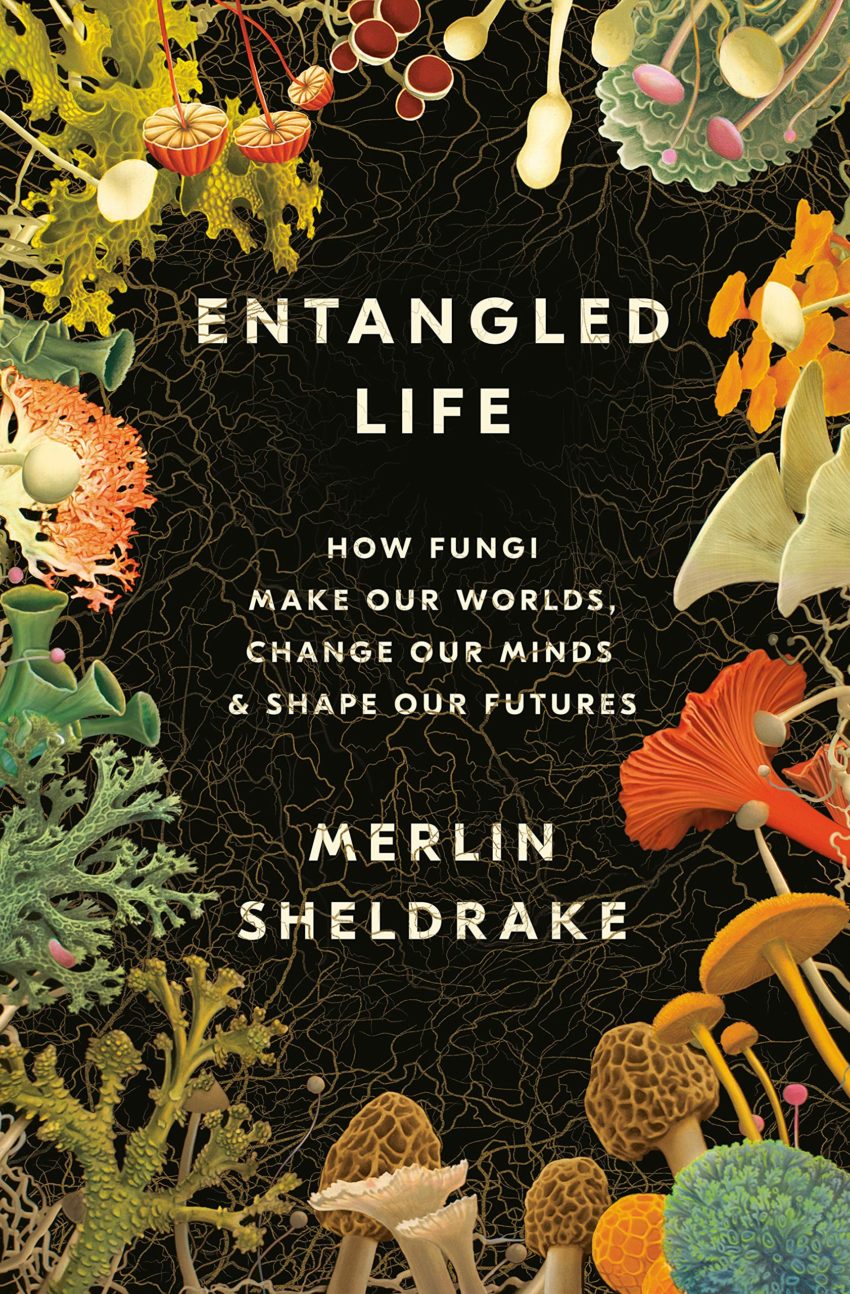 I want to tell you about a brilliant and entrancing book written by Merlin Sheldrake, a British biologist and writer. The subtitle of the book reveals how astounding and profound it’s read can be for you: “how fungi make our worlds, change our minds and shape our futures”.

Sheldrake is passionate scientist, very knowledgeable, and a wonderful writer. Please, read the beginning of the prologue to become aware of why so many people find impossible to put this book down:

The book is a captivating trip into the fungi world around us —and inside us; full of dazzling revelations, sprinkled with memorable passages… Let me share with you just some more sample quotes:

“Humans train dogs to find truffles because pigs are so attracted to them that they devour the truffles they find rather than turn them over to their minders. Restaurateurs from New York and Tokyo travel to Italy to build relationships with truffle dealers.”

“An experiment forced me to peer into the deeper recesses of my scientific imagination. I signed up to take part in a clinical study into the effects of LSD on the problem-solving abilities of scientists, engineers, and mathematicians. The study was part of the wide revival of scientific and medical interest in the untapped potential of psychedelic drugs. The researchers wanted to know if LSD could grant scientists access to their professional unconscious and help them approach familiar problems from new angles. […] The nurse made sure I drank the LSD at exactly nine AM. […] Three hours later, when I had reached ‘cruising altitude,’ I was gently encouraged by my assistant to start thinking about my ‘work-related problem.’ […] All my research questions were fungal ones, and I was comforted by the knowledge that LSD was originally derived from a fungus that lives within crop plants; a fungal solution to my fungal problems. What would happen?”

“The human sense of smell is extraordinary. Our eyes can distinguish several million colors, our ears can distinguish half a million tones, but our nose can distinguish well over a trillion different odors. […] Human noses can detect some compounds at as low a concentration as thirty-four thousand molecules in one cubic centimeter, the equivalent of a single drop of water in twenty thousand Olympic swimming pools.”

“A fungal computer may sound fantastical, but biocomputing is a fast-growing field. Adamatzky has spent years developing ways to use slime molds as sensors and computers. These prototype biocomputers use slime molds to solve a range of geometrical problems.”

“In a popular fungal guidebook published in the 1860s, Mordecai Cooke reported that ‘some years ago the [English] town of Basingstoke was paved; and not many months afterward the pavement was observed to exhibit and unevenness which could not readily be accounted for. In the short time after, the mystery was explained, for some of the heaviest stones were completely lifted out of their beds by growth of large toadstools beneath them. One of the stones measured twenty-two inched by twenty-one, and weighted eighty-three pounds.’”

I believe Entangled Life can help us understand the natural world better by expanding our conception of the living world and challenging some of our deepest assumptions about life, autonomy, intelligence and more. You can read it in Spanish and other languages too.

On this short video recorded by Penguin Books, Merlin Sheldrake himself explains what you will find on his book: “How fungi shaped our world and could save it” (9 minutes).

If you enjoy this reading, you could be interested in Peter Wohlleben‘s books too. He is a German forester who studies and writes about the trees. After reading any of his delightful books, you will also get fascinated with the trees and their hidden lives. ^_^